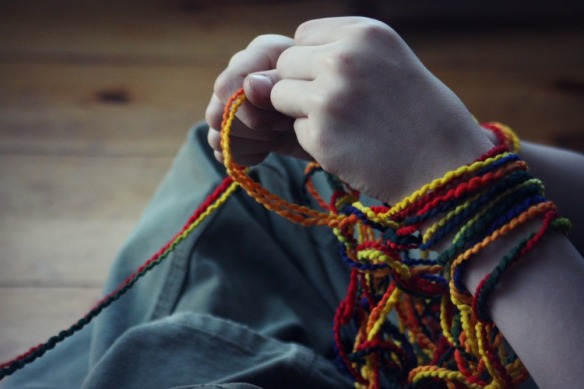 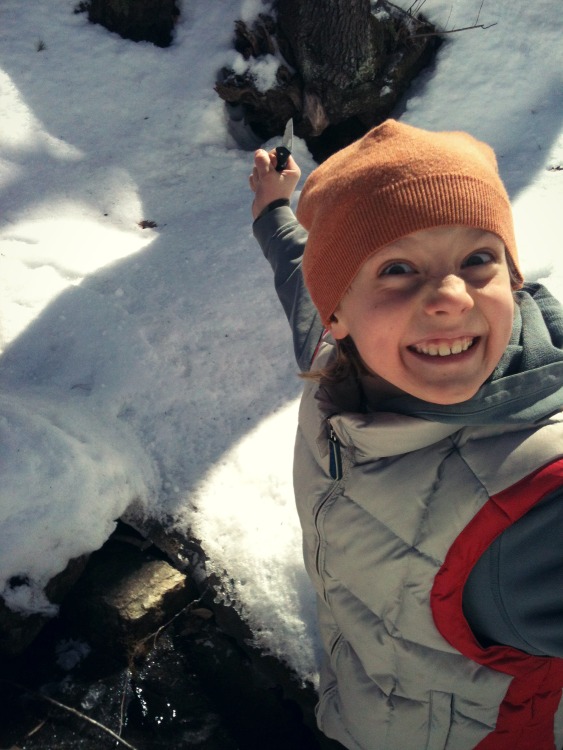 the 52 project.
Portraits of my main squeeze(s) every week.

My working life is a 1000-piece jigsaw puzzle of teeny gigs that nearly almost make a supplemental income when I get a few of them snapped together. I have little desire for more screen time at the end of a day that largely revolves around hours of it. Even so, I’m not too far behind on a personal project, and that is something. Actually, I’m lying about that. I fished the psycho picture off my phone from a weekend hike and the knitting pic is for this week’s post on the Sparkle Stories blog (I’m there every Thursday). Chronologically, they’re spot-on, but they weren’t intended for the 52 project. I suppose that doesn’t make much of a difference to anyone else.

*Oh, and I feel like I should mention the fact that my son doesn’t run around threatening people with knives. This was a ham-up for the camera. He was chipping ice on the brook with it, which is a totally inappropriate use for, say, his good carving knife, but not for the chintzy 99-cent hardware store almost-not-even-a-knife that he was carrying at the time. I greatly enjoy the contrasting moods of the two images.

O, this week you…

…acquired two new friends for the fish tank, which had been empty for months after a stretch of Aquatic Pet Disappointment (APD). Cheeky and Other Fish enjoy staring out from the same corner all day long, but otherwise are quite lovely and entertaining and, so far, alive.

…allowed me to teach you how to arm knit while I simultaneously taught myself, and we couldn’t stop laughing. Thanks for always being patient and willing to subject yourself to numerous photographs and “Hey, could you do that again?” for my Craft Correspondent job.

…have been ridiculously high energy crazy whoa every night and so I’m contemplating black curtains to simulate 5pm darkness until next fall.

…asked me to go out for a hike with you, when it’s almost always the other way around. It would have been so fantastic if I wasn’t sick with a head cold, but I went anyway so as not to discourage you from asking again.